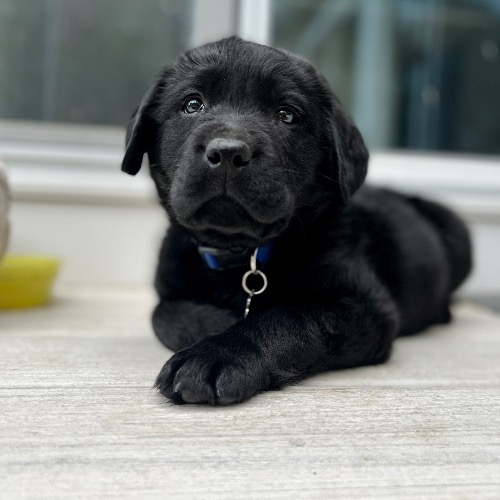 In the 1830s, the 10th Earl of Home and his nephews the 5th Duke of Buccleuch and Lord John Scott, had imported progenitors of the breed from Newfoundland to Europe for use as gundogs. Another early advocate of these Newfoundland dogs, or Labrador Retrievers as they later became known, was the 2nd Earl of Malmesbury who bred them for their expertise in waterfowling

It is a healthy breed with relatively few major problems. Notable issues related to health and well-being include inherited disorders and obesity.

Widely considered the most popular breed in the world

A favourite disability assistance breed in many countries, Labradors are frequently trained to aid those with blindness or autism, act as a therapy dog, or perform screening and detection work for law enforcement and other official agencies

The breed is best known for their obedience, loyalty, and playful composure.

Dou You Have an English Labrador?

By signing up, I agree to Pet Parade's
Term of Use and Privacy Policy.
© 2022 Good Boy Studios